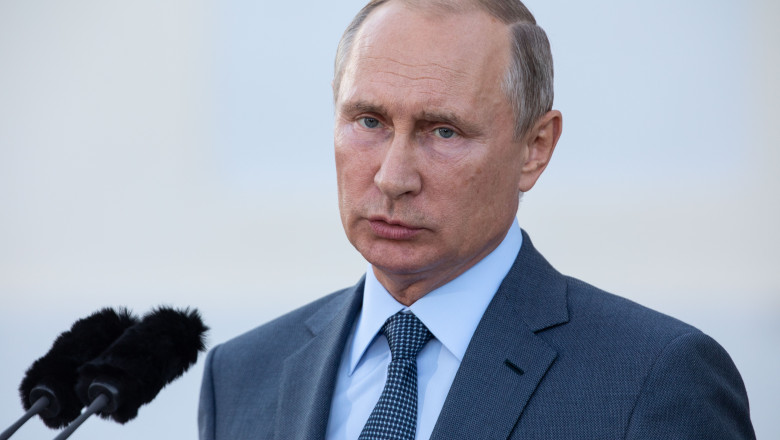 LONDON, UK — Even as the Kremlin wants to claim a propaganda triumph against the US, the unfolding situation in Afghanistan offers significant hazards to Russia and Central Asia, according to geopolitical experts.

Initially, Russia’s response to the Taliban’s resurgence looked to be a celebration of the Afghan government’s defeat, as well as the United States’ departure. Dmitry Zhirnov, Russia’s envoy to Kabul, complimented the Taliban’s behavior and claimed the group had contributed to making the Afghan capital safer in the first 24 hours after the US withdrawal.
Despite Russia’s formal recognition of the Taliban as a terrorist group, this is the case.

During a webinar for think tank Chatham House, Kate Mallinson, associate fellow of the Russia and Eurasia Programme at Chatham House, said, “The Russians feel as if they have scored a big win.” “They believe they will regain their dominance in Central Asia,” she said, adding that Russia would likely aim to strengthen its role as the region’s main security guarantor.

Former Soviet republics in Central Asia, such as Tajikistan, Uzbekistan, and Turkmenistan, all of which border Afghanistan, have enormous military and economic clout with Moscow. “However, I would argue that this type of propaganda success is pyrrhic rather than triumphant,” Mallinson concluded.

Russia began its own evacuation plans on Wednesday, dispatching four military planes to evacuate 500 Russians and their regional friends. The decision, issued on President Vladimir Putin’s orders, signaled a sharp shift in the Kremlin’s attitude toward the Taliban’s takeover.

It happened in the midst of a large evacuation campaign at Kabul airport, with countries trying to get personnel out of Taliban-controlled Afghanistan before President Joe Biden’s deadline of Aug. 31. Thousands of Afghans had assembled in a disorderly manner at Hamid Karzai International Airport in the days following the Taliban’s capture of Kabul, frantically seeking safe passage out of the country.

‘The clock is ticking.’

The Kremlin’s envoys have urged that the US should not blame others for Afghanistan’s collapse, and state media outlets have attempted to portray the withdrawal of American forces from Afghanistan as a major victory.

However, the tone appears to have shifted recently. On Wednesday, Putin’s spokesperson Dmitry Peskov said, “The situation is evolving, time is running out, the situation remains extremely tense, and we continue to monitor it very closely and retain our concerns.”

Putin has already stated that he hopes the Taliban follow through on their promises to restore order, emphasizing the need of preventing terrorists from entering neighboring countries.

This is because the crisis has hit several Central Asian countries at their “lowest ebb,” according to Mallinson, who cited disenfranchised populations across the region, the continuing coronavirus pandemic, and this year’s unusually harsh drought as examples.

Moscow has bolstered its military presence in Tajikistan, which shares an 843-mile border with Afghanistan and is hosting a month of military drills. According to Reuters, the Kremlin stated it had learned from the Soviet Union’s unsuccessful engagement in Afghanistan in the 1980s and will not send troops there.

The International Crisis Group’s director for Europe and Central Asia, Olga Oliker, told CNBC that Russia “very much acknowledges” the potential security challenges arising from the Afghanistan crisis, both for Central Asia and for Russia.

“They can be glad that the US has a sour taste in its mouth while yet being concerned about the consequences.
They are concerned about destabilizing refugee flows, providing a safe haven for organizations seeking to attack them from Afghanistan, and, as Putin has stated, jihadists hiding among the refugees,” she said.

“Russia can live with it if the Taliban maintains stability and follows its commitment not to use Afghanistan as a springboard for assaults on Russia and Central Asia, and, preferably, ends the flow of opium,” Oliker added.
“However, things might go wrong – Russia will look to bolster Central Asia if necessary.”

Putin has attacked the concept that some Western countries are considering relocating Afghan refugees to Central Asia while their visas to the United States and the European Union are processed.

“Does it mean they can be transported to other nations, our neighbors, without visas, but they [the West] refuse to receive them without visas?” Russian news outlets reported last week that Putin said.
“What is the point of taking such a humiliating method to resolving the issue?”

Tajikistan, one of Afghanistan’s neighbors, has agreed to take in up to 100,000 refugees. As the humanitarian situation grows, it is collaborating with the United Nations and other organizations to set up camps and other facilities.

“I believe it will be of particular concern [to Russia] that the ethnic Tajik and Uzbek regions of Afghanistan, which had previously served as a buffer against the Taliban, have now fallen under Taliban control,” Tim Ash, senior emerging markets strategist at Bluebay Asset Management, told CNBC via email.

According to Ash, Russia, which has always used a “hard fist” approach to Islamic terrorism, will likely bolster its already strong military presence in Tajikistan and maybe extend it to Uzbekistan.

“Central Asian states, on the other hand, will be concerned that Moscow will use the threat of Islamist insurgency to push its Eurasian Union idea and centralizing agenda that Putin is pursuing across the CIS space — look at Belarus,” Ash said, noting that the announcement comes ahead of the USSR’s 30th anniversary in December.

The Commonwealth of Independent States (CIS) is a regional intergovernmental organization in Eurasia made up of nine former Soviet republics. Russia is anticipated to increase pressure on Central Asian countries to join the Eurasian Economic Union, which is led by Moscow and now includes Armenia, Belarus, Kazakhstan, and Kyrgyzstan.