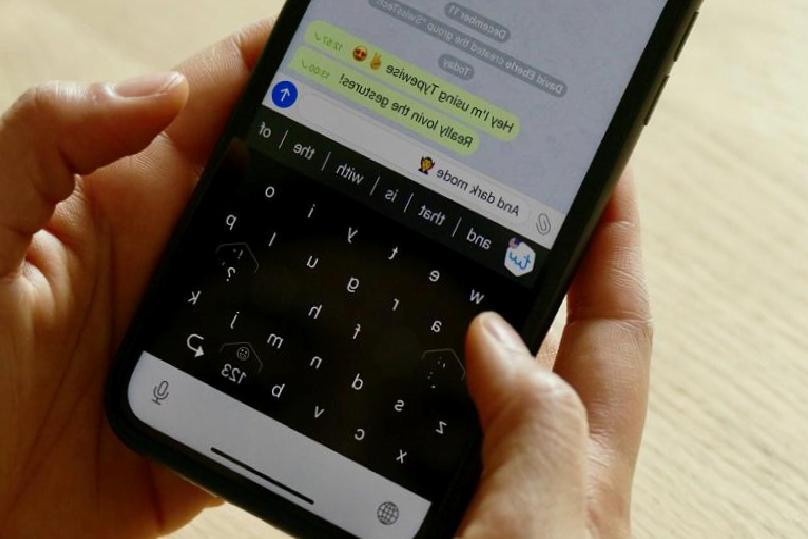 The keyboard is the program we use the most on our phones, with an average of up to an hour per day spent typing to decipher our thoughts and engage with our contacts. However, the keyboards we use are based on typewriters from the nineteenth century and were not meant for today’s mobile world. Google and Microsoft’s most popular keyboards are also possibly not very safe.

The start-up from Switzerland Typewise is attempting to compete with the tech giants by giving a keyboard app that claims to be 100% safe and allows you to type with four times fewer typos than the competition. “Our algorithms function on your phone device, so none of your data, none of what you type gets communicated to the cloud or the internet,” Typewise co-founder and chief executive officer David Eberle told Euronews Next.

“People are afraid of WhatsApp and say, ‘I need to switch to a secure messenger,’ but the safe messenger’s keyboard may still suck up all the data and transfer it someplace else. Traditional machine learning models are more probabilistic, and you can see that on your phone as well”. The most common words that are offered are ‘the or an, he or I,’ since those are the most likely terms,” Eberle explained.

“However, you don’t type those words every day. So I believe the true challenge in this technology is to make it more personal to you, not only in terms of how you type, but also in terms of understanding the context.” He believes the technology will be truly powerful when it can predict not just the next word, but also the next phrase and even an entire paragraph.

However, the startup hopes to go beyond smartphone keyboards. Its goal is to license its AI technology as an API and Software Development Kit (SDK) so that it may be used across mobile, desktop, and even brain-computer interfaces.

How to take on the tech giants

Although Google and Microsoft are working on their own predictive text technology, the Swiss start-up claims it is a candidate for a market share. “We feel there is a need for an independent supplier with a unique approach and built-in privacy,” Eberle added.

“I believe it is a significant opportunity because not all large corporations want to collaborate with Microsoft or Google because of their exclusive technology. And we believe that with a more open approach, we have a better chance of succeeding in the market “. Eberle founded Typewise with his high school classmate Janis Berneker, and the company went live in 2019.

In two years, it hopes to have grown tenfold. The software is free to use, but there is a premium version that costs just over €2 a month and gives you access to more functions. The company began with a Kickstarter campaign and raised $1 million (€1.2 million) in a successful seed round in 2020. It has seen a 400% increase in revenue year over year.

The company will also begin an equity crowdfunding campaign on August 23, which Eberle claims has already gotten a lot of attention. Eberle feels that being headquartered in a small European country offers advantages in its titanic effort to compete with Google and Microsoft.