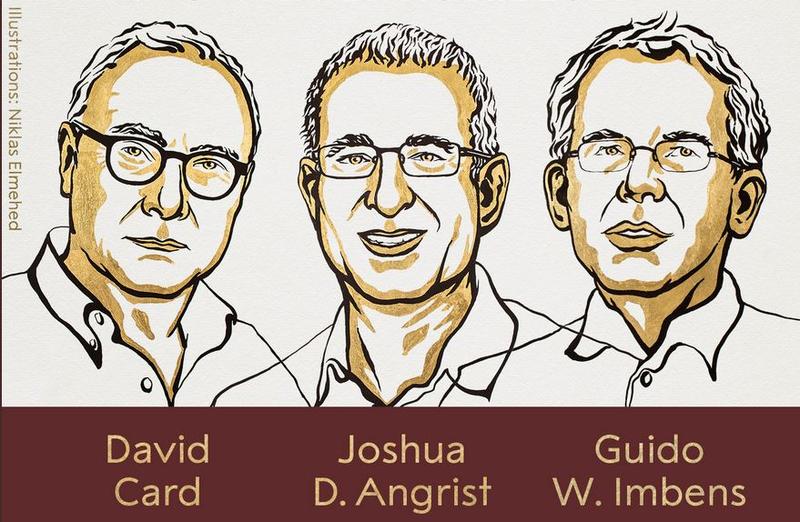 The Nobel Prize in Economics for 2021 was awarded on Monday to three economists who demonstrated that natural experiments (those that occur in real life) “may be used to address key concerns for society.”

The award will be shared by David Card, Joshua Angrist, and Guido Imbens, according to the Royal Swedish Academy of Sciences in Stockholm. Card received half of the prize for his research on “the labor market consequences of minimum wages, immigration, and education” at the University of California, Berkeley.

The other half of the award went to Angrist and Dutch-born Imbens for “demonstrating how precise conclusions regarding cause and effect can be formed from natural trials.” The prize is worth ten million Swedish kronor (about €988,000).

The three economists, according to the academy, “revolutionized empirical research in the economic sciences.” At the press conference, Imbens stated he was “simply utterly astonished” when he got the call and was “thrilled to hear the news” and share it with his pals Card and Angrist.

Last year’s economics award went to two Stanford University economists, Paul Milgrom and Robert Wilson, who worked out how to improve the efficiency of auctions. The Swedish central bank (Sveriges Riksbank) established this medal in remembrance of Nobel Prize founder Alfred Nobel, and it is always the last of the six to be awarded.
In 1969, the inaugural prize was given out.

Only two women have earned the economics award out of the 89 laureates, prompting speculation that the prize would go to a woman. Out of the six Nobel prizes awarded this year, just one went to a woman. Milgrom found out about the triumph when a coworker and neighbor came on his door in the middle of the night to break the news, according to the Stanford economists who won last year.

Who were the other Nobel Prize winners this year?

Last week, five Nobel Prizes were given out, including the Nobel Peace Prize, which was given out on Friday to two journalists, Maria Ressa and Dmitry Muratov, for creating independent reporting in the Philippines and Russia, respectively.

On Wednesday, German chemist Benjamin List and UK-born David MacMillan were jointly awarded the Nobel Prize in Chemistry for their work on asymmetric organocatalysis, which has helped to make “chemistry greener.”

On Thursday, novelist Abdulrazak Gurnah was awarded the Nobel Prize in Literature “for his uncompromising and compassionate insight of the ravages of colonialism and the plight of the refugee in the chasm between cultures and continents.”