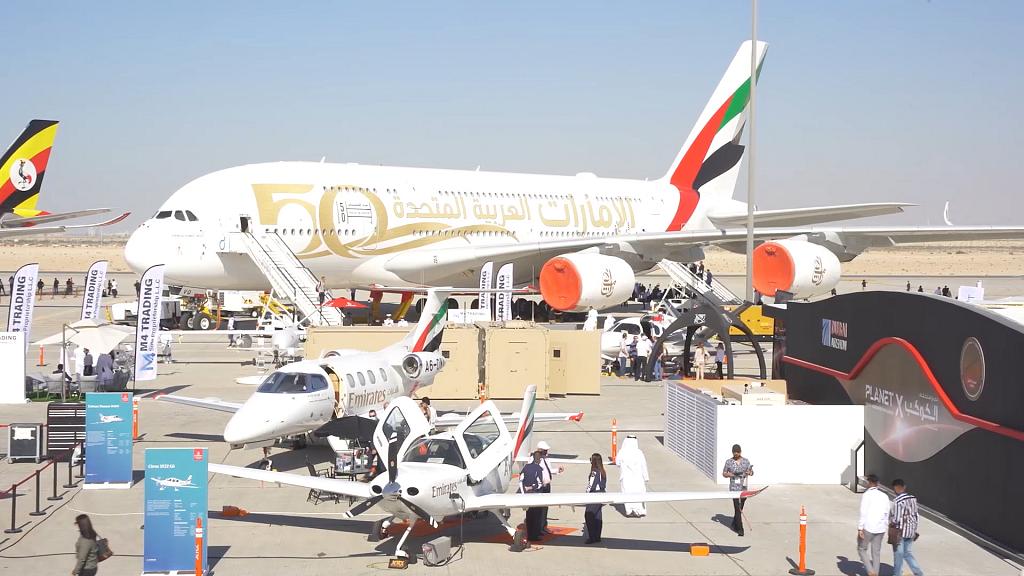 The Dubai Airshow was the world’s largest aerospace trade show since the COVID-19 pandemic, and the first since the aviation sector was rocked by its worst crisis in history. The four-day event brought together aviation industry specialists to reconnect with one another and work for a long-term recovery.

It’s viewed as a positive sign for an industry that’s endured a tumultuous two years. The COVID-19 problem, according to the International Air Transport Association, will cost the global aviation industry €175 billion in losses between 2020 and 2022.

Timothy Hawes is the Managing Director of Tarsus Middle East, which is responsible for the Dubai Airshow.
The event, he said, was a demonstration of the aviation sector reuniting and being welcomed back to Dubai, as well as a vote of confidence in the business.

Airlines have gradually reopened their networks as travel restrictions have eased and a sense of normalcy has returned. Airbus forecasted that the aviation sector will require roughly 39,000 aircraft in the next 20 years, which would necessitate the training of over 550,000 additional pilots and over 710,000 highly competent technicians.

Despite the industry’s optimism, one looming threat to recovery is the likelihood of global COVID-19 virus outbreaks, which might lead to more lockdowns. The general consensus at the event was that the industry is strong and is emerging from its most difficult moment in history.

From airways to waterways

As the Glasgow climate pact was agreed in the final hours of the COP26 summit, a pioneering project of ‘smart’ canals has been set up in the city to counteract the effects of climate change. Glasgow played an integral role in Britain’s industrial revolution, where the use of coal brought about carbon emissions, eventually contributing to climate change around the world.

Coinciding with COP26, Europe’s first smart canal was launched to combat flooding in one of Britain’s wettest cities. The chief engineer of Scottish canals said forecasts indicate that Glasgow’s rainfall will rise by another 30 per cent in the next 50 years.

Scottish Canals’ Head of Engineering, Peter Robinson, explained how they used 21st-century thinking to an 18th-century asset: “The smart part is taking the data from the predictions and measuring the levels and flows on the canal network, as well as the water quality, and analyzing it so that, in advance of a flood event, the water will depart and be in the sea before it starts raining.”

The extra capacity can then be used to store some of the rainwater, preventing floods in the city center, which is roughly a 15-minute walk away.

Reduced carbon emissions, a challenging issue in the global aviation industry, which accounts for around 2.5 percent of CO2 emissions, was one of the key topics at COP26. Many of the 1200 exhibitors at the Dubai Airshow were focusing on embracing new technology in order to usher in a period of sustainability.

Reduced carbon emissions, a difficult issue in the global aviation industry, which contributes for roughly 2.5 percent of CO2 emissions, was one of the COP26’s main concerns. Many of the 1200 exhibitors at the Dubai Airshow were emphasizing the importance of adopting new technologies in order to usher in a new era of sustainability and innovation.

Although the aviation industry has had a difficult two years, many people see this as a chance to move toward a more environmentally friendly and sustainable future. This month, the International Air Transport Association announced that the global aviation sector aspires to be carbon-neutral by 2050.

Colin Mahoney, Collins Aerospace’s President of Customer and Account Management, claimed that the company is attempting to improve its processes. “Our avionics team makes sure the planes go from point A to point B as quickly as feasible.”

“You’ll notice that we’re now investing in and developing streamlined aerostructures that can operate in a number of temperature ranges if you look at our aerostructures,” he said. Many exhibitors at the air show pledged to meet the United Nations’ sustainable development goals, including Saab.

“We’ve entered the race to zero,” said Anders Carp, Saab’s Deputy CEO. “There are science-based criteria for genuinely achieving the targets written up in there.” “Now we’re moving on to the next phase, in which we’ll find out exactly how to do it.” Manufacturers and airlines have been eager to point out that these environmental improvements would go unnoticed by passengers, but that they are part of a bigger effort to make travel more sustainable.