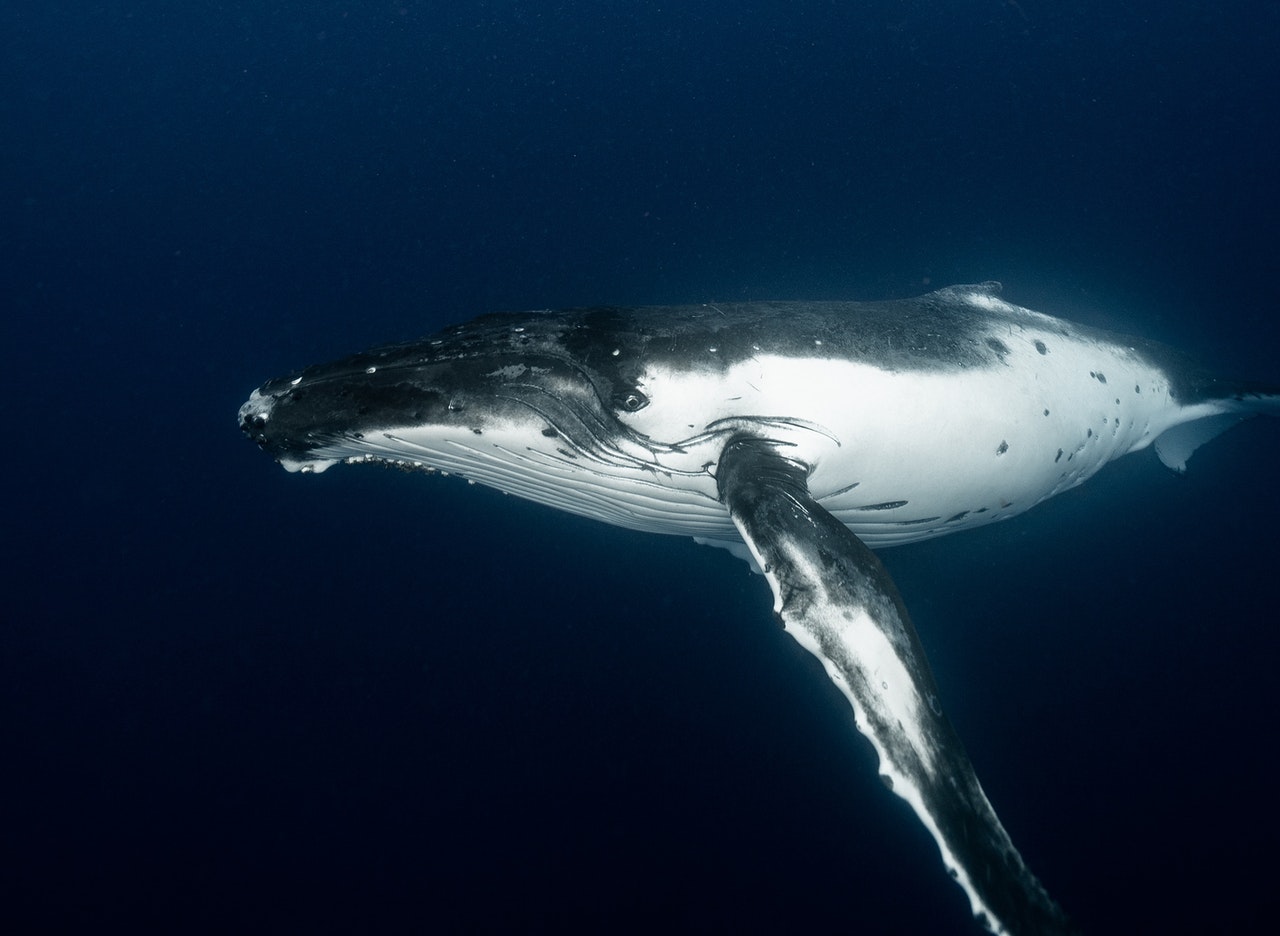 Whales are without a doubt among the most amazing animals on the earth, but did you know that they’re also helping to mitigate the effects of climate change? We often assume that trees conduct the majority of the natural job in absorbing CO2 from the atmosphere. While this is undoubtedly true on land, these ocean titans play a crucial function beneath the waves.

Whales retain a lot of carbon in their bodies, and when they die, they release it at the ocean’s bottom. These sinking carcasses, known as ‘whale falls,’ guarantee that carbon is retained in the deep sea rather being released into surface waters.

Whales are responsible for the majority of undersea carbon storage. Whale falls account for about 60% of yearly carbon sequestration (or storage) in marine sanctuaries off the coast of San Francisco, according to new research. This is more than the combined efforts of ‘kelp export,’ which involves seaweed transporting carbon loads to the deep ocean, and carbon-capturing habitats like seagrass and salt marsh.

The four processes and ecosystems combined have the capacity to store 4,950 megagrams of carbon (MgC) each year, which is the equivalent of 18,150 metric tonnes of CO2. According to the Greater Farallones Association, that’s 140 times the amount of CO2 released by the sanctuaries’ operations.

The authors of the report claim that their findings will help managers of Marine Protected Areas better conserve these climate-critical resources. Humans, on the other hand, have a poor track record when it comes to caring for whales.

During the thousand-year period of industrial whaling, tens of millions of whales were killed. According to a 2014 research, it reduced their populations by 66 to 90% in the quest of meat, oil, and other products. Whale populations (excluding sperm whales, which graze at higher depths) would have sunk up to 1.9 million tonnes of carbon per year before hunting began, according to scientists.

As if whales’ gigantic beauty weren’t enough of a motivation to care about them in life, their value to us in (natural) death offers a compelling and urgent case for their restoration.

Whales, in fact, provide another valuable climate service with their poo while still swimming through the great blue.
Their iron-rich feces promote the growth of phytoplankton, a type of small sea algae that absorbs about 40% of all CO2 created on the planet. If whales were permitted to restore to their pre-whaling numbers, the IMF predicts that they could trap 1.7 billion tonnes of CO2 each year.