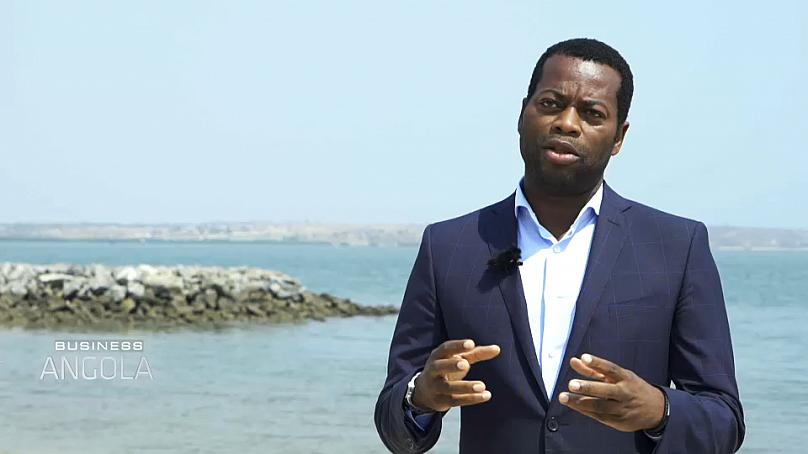 Angola is attempting to change the face of Southern Africa. It hopes to turn Lobito’s port into the region’s gateway by attracting private investment. It also intends to make Benguela Province the epicenter of trade and growth in southern Africa. The Lobito corridor, which stretches more than 1300 kilometers deep into the continent, is made up of the Atlantic port of Lobito and the Benguela railroad.

It’s the quickest way to get copper, cobalt, and other ores out of Zambia, the Democratic Republic of Congo, and elsewhere. The Port of Lobito is likewise preparing for a revival now that the railway has been repaired. To attract new investment and help the economy, Angola is privatizing it with a 20-year concession.

Pedro Neto has resided in Angola for over 20 years and is the CEO of EagleStone, an investment banking advising firm.
He claims that the port of Lobito represents a significant opportunity to establish a network along the Atlantic coast for the import and export of goods and products from Zambia and the Democratic Republic of the Congo. He goes on to say, “It’s actually an opportunity to build an alternative to the Indian Ocean shore.”

Neto believes Lobito may be utilized for more than just transporting metal from mines; he believes Lobito port might be used to transport commodities to the interior. He says that there are significant agricultural sectors along Lobito’s railway corridor, “and it may be a tremendous reason in favor of constructing the port.”

The Angolan government’s strategy to diversify the country’s economy by attracting more private investment includes privatizing the Port of Lobito and the Benguela Railroad. The plan has the support of the World Bank Group. According to Joo Fernandes, Coordinator of the Lobito Port Evaluation Commission, the Ministry of Transport’s master plan “is directly tied to the Port of Lobito and the Lobito Corridor,” and they hope to increase infrastructure and efficiency with foreign participation.

Changes in the port of Luanda

Luanda, Angola’s major port, is already seeing foreign investment. The bidding for it was won by DP World, a Dubai port management business, early this year. DP World Luanda’s CEO is Francisco Pinzon. He described the progress that had previously been made. There are already 30 internal truck vehicles, and restackers and rehandlers will be delivered soon. He also expects an additional mobile hardware crane to increase the terminal’s efficiency.

The gateway to Southern Africa

Lobito, according to Pinzon, has a lot of potential. He considers it to have excellent infrastructure and believes it “has the potential to become the entrance to the southern half of Congo as well as Zambia.” That was undoubtedly the motivation behind the construction of the Benguela railroad more than a century ago. With increasing private investment, the Lobito corridor is now being brought further into the twenty-first century.

With a new terminal to transport from trains to ships, Lobito is already prepared for increased shipments from the mines. The President of the Public Tender Evaluation Committee, Jesus Nelson Pereira Martins, even told us that ore has its own terminal. A larger range of goods in both directions, involving millions of people and producing more potential industry, customers, and passengers, is another crucial to the development of Lobito port.

According to Neto, the Lobito corridor railway runs through 34% of Angola’s agricultural production. In addition, the four provinces along the railway line are home to around six million people. As a result, more employment are likely to be produced as the port develops. The privatization of the port of Lobito in the province of Benguela, as well as the railway in the Lobito corridor, is bringing major social and economic change to Angola.